3 months after the channel was shut down, I believe it is time to relaunch it. This time, it will be different. All new videos will be more interesting!

This video is an example of the future content creator’s journey. Isn’t it great?

This is a video with robotic animation. Please note that it is from Shutterstock!

Problem is, because the channel had multiple content of random kind, and because there were some negative reactions from other people. Since this has been the longest (in)definite hiatus, the creator of Kozmobot says that he is busy and doesn’t have much time for a new channel.

Even though this channel is not known when it will be released, it might happen in June or July. 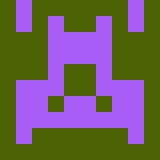 I am a game developer and a graphics designer. I am working for many beginners and they think that I have amazing content. Also, there are lots of things that will be seen in the internet wilderness.